This past Friday marked one year and a half since Amilcar was killed.

In addition to remembering and honoring Amilcar and the other victims of police violence, we called upon California Attorney General Kamala Harris to take over Amilcar’s case and file the murder charges herself.

Read our press release announcing the event and explaining why we are taking these steps.

At the site where he was killed, we remembered and honored him and his family:

At the site where Amilcar was killed, we remembered and honored him and his family

We marched to the site where his and our neighbor, Luis Gongora Pat, was also killed by SFPD:

We then proceeded to Mission Police Station:

A few of the news reports….

Leading up to the event, KGO-TV ran this: 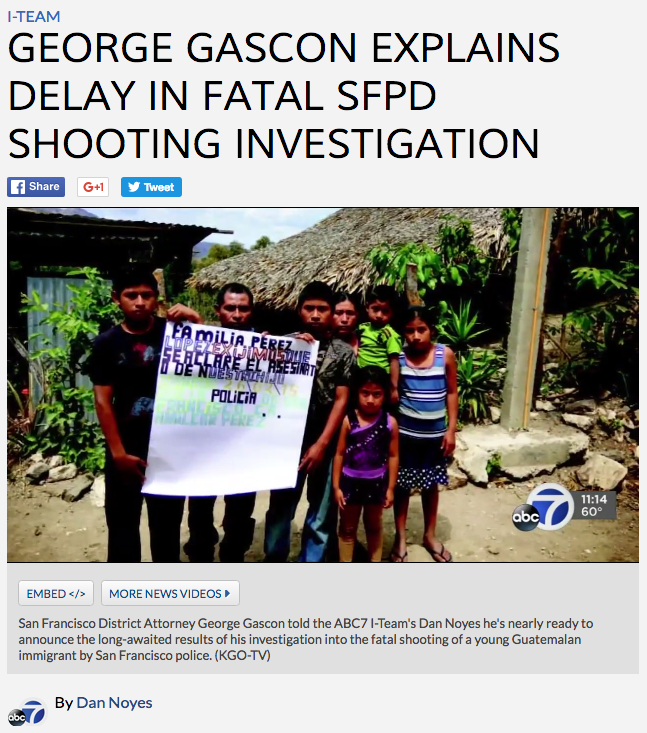 Later that night, KGO followed up: 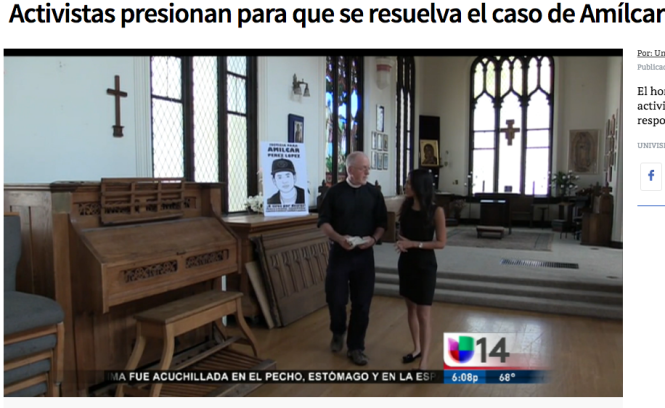 And our friends at Mission Local ran this: 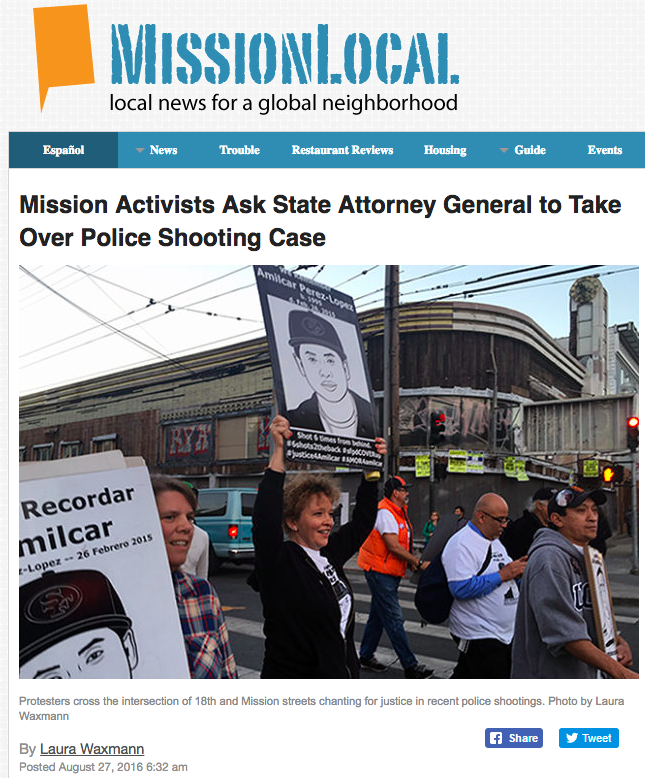